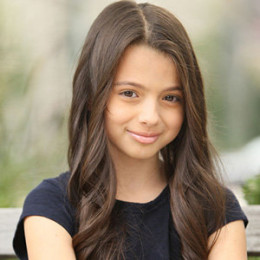 Laura Britain is a participant of America's Got Talent 2016, she is thirteen years old. She is a Opera Singer, she has divided the classical music world. She was a winner of Romania’s Got Talent. Claudia Friedlander, a voice teacher of her. She was a contender in America’s Got Talent. She has won the grand prize. She has a melodious voice. She was encouraged by her mother.

Laura is the participant of 11th season 11of America's Got Talent on NBC channel. She has received a standing invitation straight to the live shows. She was the first singer Judge Simon Cowell said her a jelly. Before going on stage,she had admitted that she was crippled with nerves and hearing Simon tear. She has won many competitions such as Super Top Dog. Her grandfather was her biggest fan, he had died one year ago.