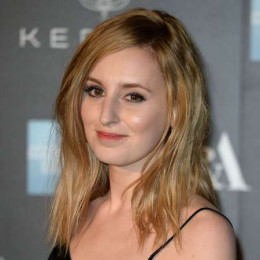 An English actress who is popular for starring as Lady Edith Crawley in the popular ITV and PBS series Downton Abbey. She is daughter to Andy Carmichael, a software consultant and Sarah, a radiographer. She completed her graduation from Bristol Old Vic Theater School in 2007. She has also made guest appearance in series like The Heart of Thomas Hardy and End of Our Street. Tinker Tailor Soldier Spy, Madame Bovary, Burn, Burn, Burn etc are some of the movies she has starred on. In 2013 she starred as the Arabella in The Fitzrovia Radio Hou which was shown in The Underglobe Theater.

No currently estimated rumor and appropriate details are there in media about her personal affairs and dating. She is not married yet. It seems like she is kind of person who wants privacy regarding her private matter. Since she has not married yet there is no question of getting divorce. She is an avid user of twitter and she has got more than 38 thousands of followers on her twitter account.