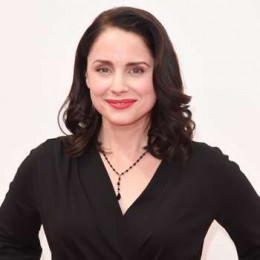 Laura Fraser is an actress of Scottish nationality, known best for her appearances in the series Neverwhere as well as the drama series like Lip Service as well as Breaking Bad. She was born in Glasgow, Scotland to Rose and Alister Fraser and was enrolled in the Royal Scottish Academy of Music and Drama for her skills in the acting fraternity.

Fraser has had two well-known relationships in the acting fraternity. She is a married woman and has a child from her marriage. She seems to be devoted completely to her spouse and has not been known to have cheated on her husband with anybody and the couple seems to be doing pretty well with no strains of a relationship heading towards marital issues or divorce.

Actor Karl and Fraser were married on 2003 and have been together since. They have a child together.

Karl and Fraser have a daughter Lila together.