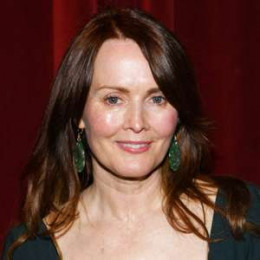 Laura Innes is an American television actress and director, widely known for portraying Dr.Kerry Weaver on NBC's medical drama "ER" and Sophia in "The Event". She is the daughter of Laurette and Robert Innes. Her father was an executive of a tool and die company. Innes was introduced to acting by her father and is the supporter of the Performers with Disabilities Committee, an organization associated with the Screen Actors Guild.

Laura Innes, the youngest daughter among six children, is a married woman. Her first fiance was murdered in the beginning of 1980s and after a few years later, she married her boyfriend David Brisbin, an actor. Innes and her husband have been blessed with two beautiful children, one of which is adopted from China. She is said to have a number of affairs or relationships before her marriage to David. However, the couple shares a sound chemistry with no signs of divorce till date.

He is the husband of her,he is an actor.Both of them has long relation and finally they got married.

He is the first child of this couple.He is the son and he was healthy child when he was born.

Mia is their adopted child from China.She is a daughter,both of them love her very much.