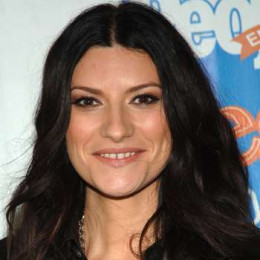 She is a pop singer, songwriter and record producer. With the release of her Pop Album "Escucha", she came to prominence as she became the first-ever Italian female artist to win a Grammy for Best Latin Pop Album in 2006. Till now she has won a Billboard Latin Music Award, 3 Lo Nuestro Awards, 3 Latin Grammy Awards, 4 awards at the Vińa del Mar International Song Festival and 6 World Music Awards. She is the daughter of to Fabrizio Pausini and Gianna Ballardini.

Moving on to her personal life, she is yet unmarried but is going to get married soon. She is in a serious relationship with her fiancé since 2006, who is an Italian guitarist, music producer and former singer. The two have welcomed a beautiful daughter from their relationship. As she is dating a man and is mother of a child she is straight. Before dating her fiancé, she had dated few men in her past days.

She is the only child of Pausini who was born on 8 February 2013.