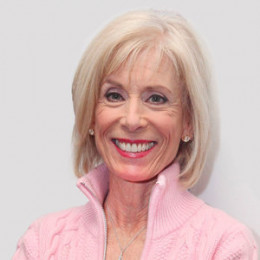 An author, socially conservative commentator, and radio talk show host, Laura Schlessinger is best known for her popular radio segment, The Dr. Laura Program. She also published several self-help books, including Ten Stupid Things Women Do to Mess Up Their Lives and Surviving a Shark Attack. Her parents were Monroe Schlessinger, a civil engineer, and Yolanda Ceccovini Schlessinger, an Italian Catholic war bride. She earned a master's and Ph.D. in physiology from Columbia University as graduate studies. She was the first woman to win the Marconi Award for Network/Syndicated Personality of the Year.

She married first husband, Michael Rudolph, in 1972. She later wed Lewis Bishop, with whom she had a son. According to her personal friend, Shelly Herman, Laura lived with Lewis for about nine years before she was married to him. However, after four years of their togetherness they moved apart. Dr. Laura's husband, Lewis G. Bishop, died November 2, 2015, after being ill for 1and half years. So she is currently living alone.

Schlessinger met and married Michael F. Rudolph, a dentist, in 1972 while she was attending Columbia University. The couple had a Unitarian ceremony. However their divorce was finalized in 1977.

In 1975, while working in the labs at USC, she met Lewis G. Bishop, a professor of neurophysiology who was married and the father of three children. Bishop separated from his wife and began living with Schlessinger the same year. Bishop and Schlessinger married in 1985. However he died in November 2, 2015, after being ill for 1.5 years.

Schlessinger's only child, a son named Deryk, was born in November 1985.