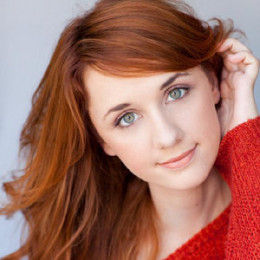 She is an American actress who is well known for starring as Jane Bennet in the modern web-series Pride and Prejudice. She is also playing the role of Emily Sweeney, Raj's girlfriend in The Big Bang Theory. She also had recurring role as Jessica Warren on Bones which was aired in 2014. She has also starred in the movies like Dylan Dog: Dead of Night, Time Expired, Mangus! and so on.