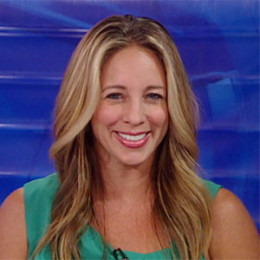 An Emmy Award-winning journalist, Lauren Glassberg graduated from Northwestern University's Medill School of Journalism. She is a features reporter and substitute co-anchor for WABC-TV's editions of Eyewitness News in New York City. Lauren started her career in journalism as a teenager writing for the "Main Street Wire," the newspaper on Roosevelt Island. At WABC-TV, her Friday food segment is entitled "Neighborhood Eats".

Lauren Glassberg has a hush-hush private life. On November 2013, she gave birth to a son named Beau Hudson, however, the baby's biological father is unknown. The reason for her secretive nature might be to eliminate news and gossip about her boyfriend. Glassberg denies being engaged or married and doesn’t have a boyfriend as far as rumors about her are concerned.

Emmy award-winning journalist ‘Lauren Glassberg’ was born on June 2, 1971. She is a reporter and substitutes anchor in ‘WABC TV’ who belongs to the white ethnicity and holds American nationality.

Lauren completed her graduation in journalism from ‘North western’s Medill School of Journalism’.

Lauren Glassberg started journalism since her teenage days and later she made journalism as her profession and career. At first, she served as writer in ‘Main Street Wire’ Newspaper Company and soon after she started anchoring in television in Akron, Ohio. 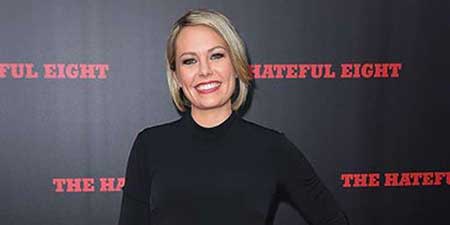 Before appearing in WABC-TV, Lauren Glassberg appeared at many shows such as; KARE 11 Today at NBC, Little Rock at KATV and much more.

In March 2000, she joined the ‘ABC’ where she runs her Friday food segment called “Neighborhood Eats”. In that show, she goes to several neighborhood restaurants and tastes new dishes as well as she praises to the restaurant. Now she is a primarily WABC TV's feature and lifestyle reporter.

She is a substitute co-anchor and reporter for WABC-TV's Eyewitness News in New York City. She works along with anchors Bill Ritter and Joe Torres.

Lauren Glassberg is very private regarding her personal life. On November 2013, she gave a birth to her son named Beau Hudson.

Kindergarten! (And his new short hair!)

However, the father of her son is not revealed yet. She denies being in a relationship with any man as far as she doesn’t have any rumors of having a boyfriend in past.

Considering her amazing career growth she might have millions of net worth but the exact amount is still under the wrap. She is also active in social media like twitter and facebook where she has numbers of followers.