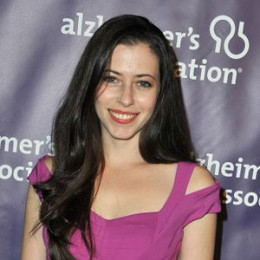 She also has appeared with Anna Faris in the 2009 comedy movie "Observe and Report". Lauren Miller began to date screenwriter and actor Seth Rogen in 2004 and engaged on September 29, 2010. They married on October 2, 2011. They met while he was working on Da Ali G Show. The couple seems to be very happy with each other so there are no any signs of their separation in their life.