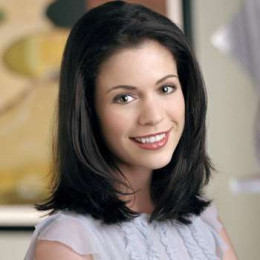 Lauren Stamile is an american actress who is potraying a role of nurse on the ABC series,Grey's Anatomy. She was born to a family with medical background, her father being a physician and her mother a nurse. She graduated from Northwestern University.She has established herself as an versatile actor. Firstly she appeared on the commercial of Old spice, JC Penny, Volkswagen

Luren is a married women. She has been married for 7 years now. There are no news of them to get divorced in comming future. Luren does not hav any children yet, but In 2012 their were rumors about her pregnancy. But after no news of her baby they were proven to be unrealistic rumors. She is happily married with her husband and have a very supportive and a friendly relationship.

Lauren is married to Randall Zamcheek on 2009. They have been together for more than 5 years now. They are committed to each other and are enjoying a happy married life.