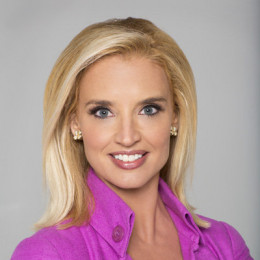 Laurie Walker Dhue is an American television journalist. She is the founder, president, CEO of Laurie Dhue Media. Currently, she presents highlights of evening news on TheBlaze.com TV. Her mother, Hutton Dhue and her father, Bob Dhue were former vice president of wrestling operations for World Championship wrestling. She had completed her graduation from the University of North Caroline. She holds a degree of Bachelor of Arts in political science.

Laurie Dhue is possibly single at the moment but previously, he married to Thomas Colquitt. The duo tied the knot at an intimate ceremony in the presence of their closed ones and family members. However, they later divorced.

In 2011 she had publicly admitted to a 15 year with alcoholism and finally successfully treated her addiction.

Laurie Dhue was born on February 10, 1969, in Chapel Hill, North Carolina, the U.S. He attended The Westminster Schools. Later, he graduated from the University of North Carolina at Chapel Hill in B.S. Political Science in 1990.