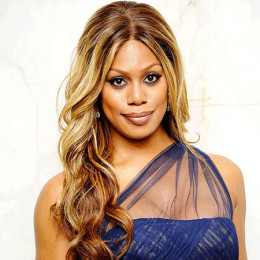 She is an actress, reality television star and LGBT advocate, best known for playing on the Netflix television series Orange Is the New Black, as Sophia Burset and appearing as a contestant on the VH1's I Want to Work for Diddy(Season 1). She studied creative writing and later switched to dance at Alabama School of Fine Arts in Birmingham, Alabama. In 2015, she was included in the People World's Most Beautiful Women List.

Talking about her sexuality, she is straight with no doubt. Till now she hasn't married anyone and during an interview she stated that she is not sure of getting married and having kids. As there is no record of her boyfriend, she is assumed of being single. At the age of 11, she tried to commit suicide due to the continuous bullying by her school mates.To check out her images we can follow her on Instagram @https://instagram.com/lavernecox.