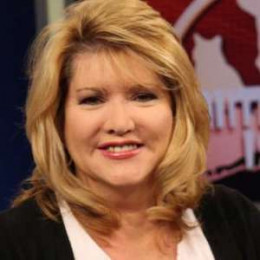 Lea Tyrrell is one of Long Island’s most widely known and highly respected television journalists. Lea is the co-anchor of News 12 Long Island’s Evening and Night Editions, and the host of the nightly call-in talk show, Long Island Talks. This Emmy Award-winning anchor and reporter has been with News 12 since it premiered as the country’s first local 24-hour, all-news network in 1986. Lea graduated summa cum laude with a bachelor's degree in communications from the New York Institute of Technology in Old Westbury. The Long Island Center for Business and Professional Women honored Lea with their 2008 Achiever’s Award, which recognizes the accomplishments of women who have excelled in their chosen fields. She graduated being a topper in her class, winning a number of academic awards, with a perfect 4.0 grade-point average.

She is happily married with a guy named Frank. We don't have in depth details of their relationship other than she is in marital relationship and also blessed with a daughter named Victoria. The whole family lives in long Island together. Lea, despite being talented and good-looking reporter, has never involved herself in extra-marital affairs and same is true for her husband.