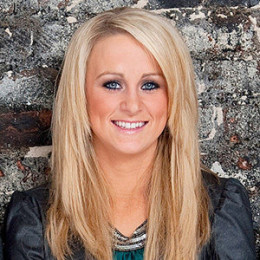 An American TV personality, Leah Calvert is currently single. She was previously married to Corey Simms, a TV personality, from 2010 to 2011. Leah was also married to Jeremy Calvert before Simms. Leah is known for her work in the MTV's famous reality show Teen Mom 2. It is an American reality show which takes the lives of Jenelle Evans, Chelsea Houska, Kailyn Lowry, and Leah Messer from the second season of "16 and Pregnant" as they explore their first years of parenthood.

Leah Calvert rose to fame after appearing on "16 and Pregnant" and she has faced lots of controversies because, by the time she was 20 years old, married twice and had three children. She became pregnant with her boyfriend Corey Simms while she was 16. They welcomed twin girls. Later, the couple got separated and Leah got married to Jeremy Calvert, who is also a part of the same show.

They started dating in 2011. After a year together, they got married. The couple got divorced in 2015.