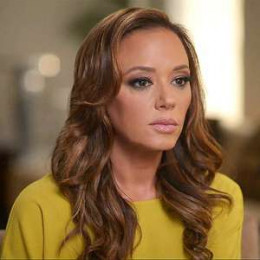 Leah Marie Remini is an American actress ,producer, and a comedian. She was born to mother Vicki Marshall, a school teacher and, father George Remini, an owner of the asbestos removal company. Leah grew up with an elder sister, Nicole Remini, and four other younger sisters. She started her career from television shows. Leah is the co-host of 'The Talk' and also plays different comedy roles.

Leah Remini is married to Angelo Pagan, who is an actor as well. They married in a Cuban restaurant. They have a daughter, Sofia Bella. Angelo has three other children with different previous relationships. Angelo is known for his works in the movies 'Swordfish' and 'Dance with Me'. He is often blamed as a cheat in relationships. However, as of now, there are no signs of their separation.

Angelo Pagan is an American actor known for his works in the movies including Swordfish. They have a daughter together.

Sofia Bella weighed 6 pounds, 4.7 ounces and measured 18 inches at the time of birth. There is not much information disclosed about her except some pictures.