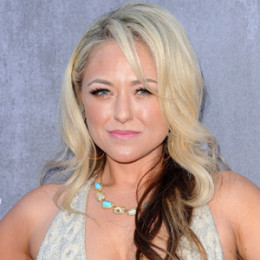 Leah Turner is a talented country music singer whose unnoticeable talent led her to collaborate with Columbia Nashville.

Leah Turner was born on July 29, 1987, in California, U.S. She grew up on a ranch with domestics like horses, goats, and chickens in Morongo Valley, California. She is the daughter of a championship rodeo header.

Turner went to study music and song writing at the University of California, Santa Barbara. There her talent was noticed by Kenny Loggins who was able to convince her to move to Los Angeles, California further her career in music.

Leah is a country music singer. She began her career working with Humberto Gatica and David Foster. In 2013, she signed to Columbia Nashville and soon released her debut single Take the Keys on October 7. The song was co-written by Cary Barlowe and Jesse Frasure and ranked number 60 on the Billboard Country Airplay chart.

The following year she released her second single Pull Me Back which lasted one week on the Billboard Country Airplay chart number 52. In 2015 she released her music video Cowboy’s Lover directed by Michael Maples.

The 30-year old blonde Turner is currently single and engaged in making her career. The charming singer may have had a few boyfriends in the past, however, with her secretive nature of keeping her love life away from the highlight, her past affairs are unknown.

As an incredibly talented singer, Leah must earn a lucrative amount from her career. Her net worth is surely in six figures.