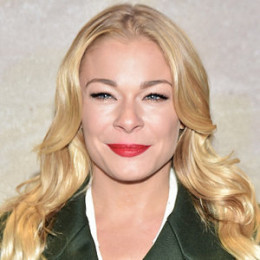 An American country and pop singer who is best known for her rich vocals and covering the multi-Platinum single 'Blue' at the age of thirteen. She is daughter to Wilbur Rimes and Belinda Butler. She was just 5 years old whens she started attending vocal and dance classes and also started to participate in local talent shows. She started her career by performing in musical theater, performing in a Dallas. She became experienced singer by the age of nine. In very short career of music, she has already gained popular music awards like two Grammy's, one American Music award, three ACMs, a CMA and 12 Billboard Music Awards.

Regarding her personal life she was married with her boyfriend who was actually chosen to dance during Rimes's hosting of the Academy of Country Music Awards held in 2001. After s year of marriage due to some personal problems she herself field for divorce and dissolution of marriage. Later she got married with an actor. Couple's marriage was performed in private home in California. She has not been a biological mother yet.

They first met each other during rehearsal for the Academy of Country Music Awards where he was a backup dancer. Couple got divorced after her husband found out that she had been cheating him for actor Eddie Cibrian.

They first meat each other on the set of their Lifetime movie "Northern Lights." Both of them were married while they started dating each other which eventually led to divorce with their former partners. They engaged on Christmas Eve in 2010 and married four months later.