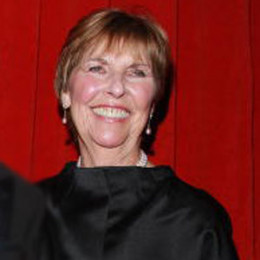 Lee Ann Mapother, 68, is a Scientologist, and member of Tom Cruise's entourage. She is most recognized as the elder sister of Hollywood actor, Tom Cruise. In 2004, she worked as the publicist for Cruise and has been involved in his production matters ever since. Mapother is happily married to Stephen Burnett since 1979.

Lee Ann Mapother was born on  July 24, 1959, in Syracuse, New York. She is the eldest child of Mary Lee, a special education teacher, and Thomas Cruise Mapother III, an electrical engineer. She was raised along with her three siblings; brother, Tom Cruise, and sisters; Marian, and Cass.

Mapother is an American by nationality and belongs to the Mixed Caucasian ethnicity; English, German and Irish descent. Her birth sign is Leo. She grew up in a low-income family with a Catholic upbringing. As her father was abusive and her parents had divorced, Lee Mapother had a rough childhood.

In 2004, Mapother served as the publicist for his brother, Tom Cruise. After a year, she got involved in production matters for his production company, and even at present she is a member of Tom's entourage.

Mapother is also a Scientologist like her actor brother Tom Cruise. Scientology is a secretive religious body with practices and beliefs developed in the 20th century by L.Ron Hubbard, an American author. The physical body of organization enforcing the religion is called the church of Scientology. Mapother's whole family follows. Scientology.

Lee Ann Mapother is happily married to her long-time partner, Stephen Burnett. The pair exchanged their vows on July 14, 1979, in a private ceremony. She is quite secretive about her personal life, so, she has never talked about her husband and family during her interaction with media.

Mapother is very close to her brother and always takes a stand for him. In 2013, Mapother made public appearances to support her brother's parenting skills and his split from his then wife, Katie Holmes.

In one media inquiry when she was asked about Tom Cruise's trip with her daughter, Suri Cruise in Disney World Florida, Lee Ann said:

"Thousands of people take their children to Disney World every year on vacation and stay in the same hotels, ride the same rides and do the same things Tom and Suri are doing."

"Tom is not trying to "outdo" anyone. His only goal is to be the best father he can be."

Lee Mapother's brother Tom Cruise has been scrutinized by the media regarding his parenting skills and his allegedly abusive relationship with Katie Holmes.

As a publicist of Hollywood megastar, Tom Cruise, she has a quite impressive net worth. Though exact figures aren't out, it is assumed to be millions of dollars.

However, her brother Tom Cruise is one of the richest actors in the world with a total net worth of $550 million. He earns $50 million per year and charges between $20-30 million for a movie.

Stephen Burnett is mostly recognized as the brother-in-law of famous Hollywood star, Tom Cruise. He has a reserved personality.