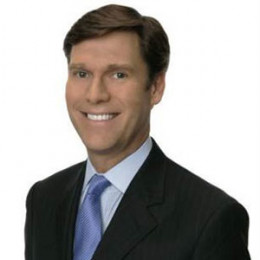 Lee Cowan is an American news anchor, well known for his appearance as the CBS NEWS National Correspondent for CBS Evening News and also substitute anchor for CBS Sunday Morning. He is a family guy and is married to Molly Palmer, a television associate producer.

Lee Cowan born on 1st May 1965 in Salt Lake City, Utah, U.S. He is the son of Leland B. Cowan, a surgical radiation oncologist, and Constance W. Cowan.

Cowan was a correspondent for NBC Nightly News with Brains Williams. He was also a reporter for CBS News in the CBS Newspath division.

Lee Cowan is a married guy. His wife is Molly Palmer, a television associate producer, daughter of television news correspondent John Palmer and writer Nancy Doyle Palmer. The couple got married on 14 April 2012.

As a journalist, Lee Cowan makes a decent amount of money from his journalism career. His current net worth is estimated to be in millions.

Lee and Molly married at St. Alban’s Parish in Washington and their reception was held at the Chevy Chase Club in Maryland, the same venues her parents chose for themselves 30 years earlier.

Kevin Cowan was born on 23rd December 2016. He is the only child of the couple.