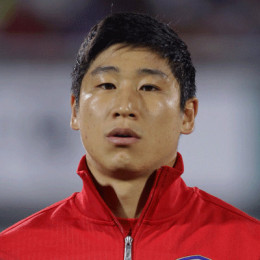 Lee Keun-ho is a South Korean professional football player. Currently he plays for the South Korea national team and also for El Jaish SC. In 2004 after graduating from his high school he had joined a club named Gamba Osaka which was in his home town. Later on in 2005, he was selected for 2005 FIFA World Youth Championship. In 2007, 08 and 12 he had been honored as K League Best 11, in 2012 he had been honored as AFC Championship League Most Valuable Player etc.

There is not much information available about Lee. It seems like he has not married yet. He has no any child as well. There is also no any rumors or information about his love affairs or dating. He has maintained privacy regarding his private life. He is very devoted towards his work. Because of his work rate, link up plays and pace he had been highly rated forward in Asia.