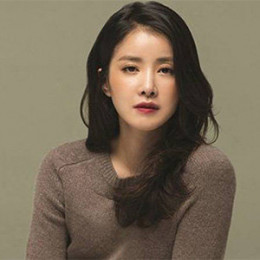 A South Korean actress and amateur boxer, Lee Si-young have majored in Fashion Design from Dongduk Women's University. She made her acting debut in 2008 with a guest appearance on season 3 of the TV procedural 'Urban Legends Deja Vu', followed by the historical drama 'The Kingdom of The Winds'. Lee has won the 7th Annual Women's Amateur Boxing Competition in 2010 as well as the women's 50-kg category in the 10th KBI National Lifestyle Athletics Boxing Championship in November 2010.

Lee Si-young is happily married to his longtime boyfriend in September 2017. The couple was blessed with a baby boy on January 7, 2018.

Previously, Lee dated her on-screen husband Jun Jin, from the reality show ‘We Got Married’.

Lee Si-young holds a decent sum of amount net worth from her acting career.

Lee Si-young played a detective in the 2015 suspense thriller series 'My Beautiful Bride' on cable channel OCN, about a man searching for his fiancée who mysteriously disappears. Lee played her first big screen leading role in the screwball romantic comedy 'Meet the In-Laws', which portrays the struggles of a comic book writer. She has kept her personal life secret. In 2014, Lee was cast as a principled prosecutor in the drama series entitled 'Golden Cross'.