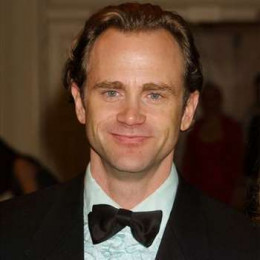 Lee Allen Tergesen is an actor, who is known for playing the role of Tobias Beecher in HBO's prison drama Oz and as Evan Wright in Generation Kill. He began his career acting as Sheriff in the 1991 prime-time aired pilot. Some of his notable film credit includes Cast A Deadly Spell, Point Break, Monster, The Forgotten, The Texas Chainsaw Massacre: The Beginning, Wild Iris and Shaft. He is of Norwegian and Swedish decent.

Accounting his personal life, till now he has been married three times. He was married to his first wife for almost three years and married his second wife in 2001 which is after 4 years of his divorce. He does not have any kids with his first and second wife. He has been enjoying his third marriage since 2011 and the couple has welcomed a beautiful daughter from their marriage.

She is the first wife of Lee, whom he married in the year 1994. The two stayed as husband and wife for only 3 years.

She is the third and current wife of Lee, who by profession is an art therapist. They have raised a daughter from their marriage.