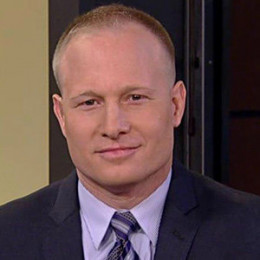 Leif Babin is a highly decorated U.S. Navy SEAL officer and combat veteran that deployed three times to Iraq earning a Silver Star, two Bronze Stars and a Purple Heart. He is a son of Roxanne Babin and Dr. Brian Babin of Woodville, Tex a dentist in private practice in Woodville. He graduated from the United States Naval Academy at Annapolis, Md. His editorials have been published in the Wall Street Journal and he has appeared on a variety of television news and radio programs.

He has been married to Jeena Lee. She works in New York as an anchor of “Happening Now,” a daily program on the Fox News Channel. Though living on opposite coasts, the couple crossed paths for the first time at the Waldorf-Astoria in New York in October 2008. Now the couple is living a romantic life together. They love each other a lot and are the most caring couple ever.

Jenna Lee and Lt. Cmdr. Leif Babin were married in the chapel of the Old Glory Ranch in Wimberley, Texas. There is no news about her getting pregnant.