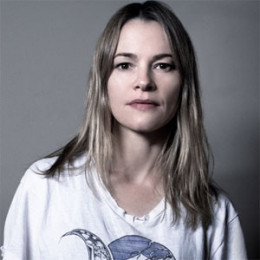 An American actress and musician, Leisha Hailey co-wrote the Shakira hit song "Don't Bother" for her 2005 hit album Oral Fixation Vol. 2. She made her television debut in 1996 when she played a struggling musician on an episode of "Boy Meets World." Her first popular film role was in the 1997 movie entitled "All Over Me." Hailey has appeared in several Yoplait yogurt commercials as well as a BMW commercial.

Leisha Hailey is openly lesbian and is single as of now. But previously, she dated her long-term then-girlfriend Camila Gutierrez, a musician. They had a relationship from 2001 to 2016.

Leisha Hailey has the net worth of around $1 million. She makes the amount from her career as an actress

Leisha Hailey was born in 11th July 1971 in Okinawa Island under the sun sign Cancer. She holds both American and Japanese.

The star moreover attended the American Academy of Dramatic Arts after moving to New York City.