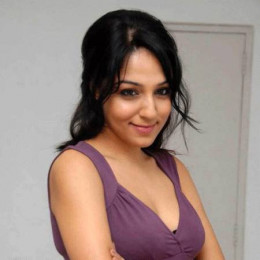 She is a Indian actress, product designer, sculptor and video jockey. From the Stella Maris College located in Chennai, she earned a degree in Fine Arts and later enrolled at the National Institute of Design. She has played a role in 2010 film 'Vedam' and got a break in Bollywood from the movie "Peter Gaya Kaam Se". She was born to a Maharashtrian mother, Geeta and father Kenneth of mixed Burmese, Punjabi and Italian ancestry.

Talking about her personal life, she is now a married woman. This is her first marriage and does not have any children yet. Till now there is no record of divorce with her husband. She was romantically linked with her co-star during the making of Peter Gaya Kaam Se, and with the another actor from the 2010 film Vedam. Yet she hasn't been a part of any controversial matter.

Personal details about him has not been disclosed yet. He is happy to be the life partner of such a beautiful wife.