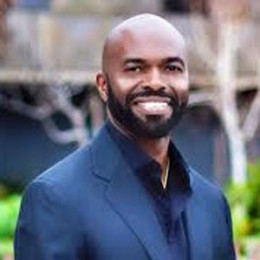 Lelund Durond Thompson known as Lelund Thompson is a famous photographer, actor, and director. He is a versatile personality who is praised for his skillful work.

Thompson’s grandfather was a renowned American composer and his source of inspiration. He began his career as an actor and photographer from the New York City. His fame rose up when he performed in Six Months Later in 2013 and 224 in 2016.

He gained his MFA from CASE/Cleveland Play House Actor Training Program. He was then offered to write an original musical for Classical Theater of Harlem 1, The First Noel premiered at the Apollo Theater.

Thompson has also written songs like ‘Love Lead the Way’ in 2013, ‘This is the Day’ in 2010 and for the debut album ‘Wildflower’ of Tshidi Manye and many others.

He founded the Yella-Fella Entertainment business in 2011 where he started directing and producing theater in New York City. His work from the photography YF Photography has been published in the New York Times including shoots for Ricky Martin, Daniel Radcliff, and Perez Hilton. Besides that, he coached the actors of the film Diane Guerrero and Ato Essandoh.

The handsome actor Thompson is seen hanging out with his girl-friends a lot. However, he is not romantically involved with any of them.

His love life is still a matter of curiosity for the public. He is possibly enjoying his single life.

The 35-year-old Lelund probably makes a decent amount of salary. His net worth still needs to be estimated. But seeing his well-maintained life style he must have a net worth not less than six figure.