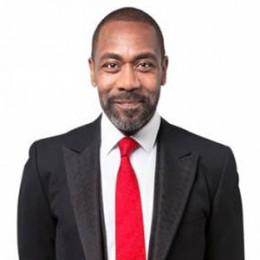 Sir Lenworth George Henry, known as Lenny Henry, is a British stand-up comedian, actor, blues singer, writer, and television presenter, and known for confounding charity Comic Relief, and presenting various television programmes including the comedy Chef!, The Magicians for BBC One. Henry’s first manager was Robert Luff, who signed him in 1975 and gave him opportunity to perform as part of the Luff-produced touring stage version of The Black and White Minstrel Show. His earliest television appearance was on the News Faces talent show, which he win in 1975 with an impersonation of Stevie Wonder. He has also guest appearances in many television shows. He studied for an MA at Royal Holloway, University of London in screenwriting for television and film, where he received a distinction and where he is studying for a PhD on the role of black people in the media.

Henry was married to Dawn French. These two met on alternative comedy circuit. They married in 1984 in London and have a daughter, Billie whom they adopted. Henry and Dawn announced their separation after 25 years of marriage. They had decided to separate in October in 2009 but their divorce was finalised in 2010.There is no information on the reason of their divorce. After their divorce, there is no news on his present relation or his affairs. He seems to be living his single life happily.