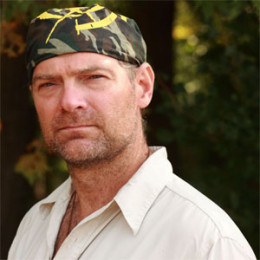 Les Stroud is a famous television personality best known for his survival hacks in the wild from the show Survivorman. Born on 20 October 1961, he was married to his photographer colleague and show partner, Sue Jamison in 1994. The couple got separated in 2008. Les Stroud also has blues and folk music career and also has won Best acoustic/folk Act in Music Festival on Ontario.

During his early years, Les worked for the music video channel MuchMusic in Toronto. Stroud also played guitar in the David Bowie cover band Diamond Dogs. He also worked as a songwriter for the band New Regime. To make his living he even did not hesitate to work as a garbage collector in the city of Toronto. 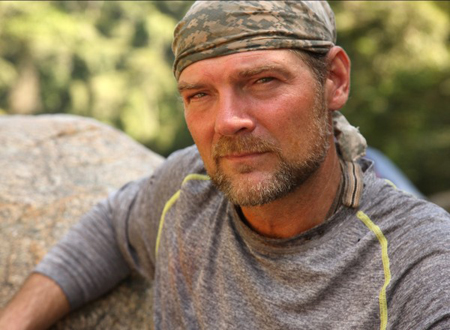 In 1990, Les got a chance to work with adventure excursion company, Black Feather Wilderness Adventures. He worked as a guide leading canoe excursions into Northern Ontario wilds. There he also met his future wife, photographer, Sue Jamison.

Les Stroud got into an accident in 2015 when his cruiser crashed and had him hospitalized. Les Stroud is also an extensive survival trainer for Canadian Armed Force.

The popular show of Les Stroud, Survivorman has got nominations for Gemini, six times. Les Stroud also has done a television adventure show with his son Logan named Survivorman and Son.

Les Stroud - Net Worth and Career

In 1994 after marrying Sue Jamison, the couple spent their honeymoon in the Canadian wilderness attempting paleolithic existence. That experience became the inspiring foundation for his later career. They traveled to Goldsborough Lake without using any equipment or tools. Les filmed their whole primitive lifestyle throughout the year and produced a documentary titled Snowshoes and Solitude.

Later in 2001, Les produced two segments of a one-hour special science news show for Discovery Channel Canada. It had the same format as Survivorman and was titled Stranded. Stranded successfully encouraged Les Stroud to produce his most popular show Survivorman. Stroud produced 23 episodes of the show and it was aired in 2004.

Les Stroud is the creator, writer, producer, director, cameraman and host of the show. Les even composed and performed the opening theme music of Survivorman. The show first aired on Outdoor Life Network in Canada. Then Survivorman got huge success internationally through Discovery Channel and Science Channel. 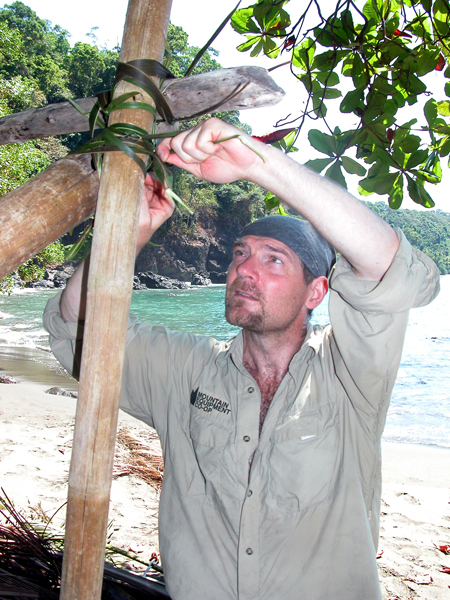 Les Stroud putting his tent in wild.
Source: Destination Wild
Besides the theme music in his show, Les has a solo music career and also played widely with bands around Canada. Les is an exceptional blues harmonica player and has released a self-titled debut CD including a diverse collection of root blues and traditional folk acoustic music. Les has been continuously reflecting a unique Northern spirit through his show and music.

In 2005 and 2006, Les Stroud collaborated with The Northern Pikes under the name Les Stroud and The Pikes. They performed in different music festivals around Muskoka and Toronto. Les has also been a part of the Orillia Blues Festival and Toronto Beaches International Jazz Festival.

Taking a break with music Les Stroud again produced a 90-minute documentary in 2006. The Show Off The Grid With Les Stroud featured his family’s journey to building an off-the-grid. It included the process of buying property and lifting the old farmhouse with solar and wind power.

In 2007, collaborating with The Northern Pikes, Les and The Pikes released an EP titled Long Walk Home. Stroud also hosted an episode of I Shouldn't Be Alive titled Lost in The Snow for Discovery Channel. In 2010 Les hosted and produced two hit kids TV series for Cartoon Network.

The show Survive This and Survive This 2 got nominated for Gemini Awards. Lately, Stroud started a follow-up show to his Survivorman with the title Beyond Survival with Les Stroud. 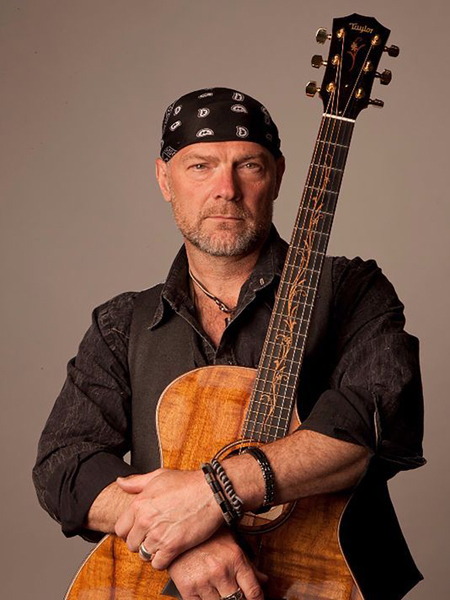 Les Stroud has been widely praised throughout his country for his music and shows. Les received Best Acoustic/Folk Act and Best Blues Act Awards at the Spirit of the North Music Festival in New Liskeard, Ontario.

His popular show Survivorman got nominated six times for Gemini Awards. Les Stroud and his team also got nominated for Best Children’s / Youth Non-Fiction Program for their kid's television series Survive This.

Les Stroud - Career and Net Worth

Les Stroud has been notably successful in both the music and television industries. By the end of 2017, Les Stroud is believed to have an approximate net worth of $5.5 million.

Les Stroud loves the wilderness and does not much have any interest in any expensive cars and gadgets. He has a customized knife collection and many are famous by his name like Camillus Les Stroud knife. You can buy one of those knives for $100. 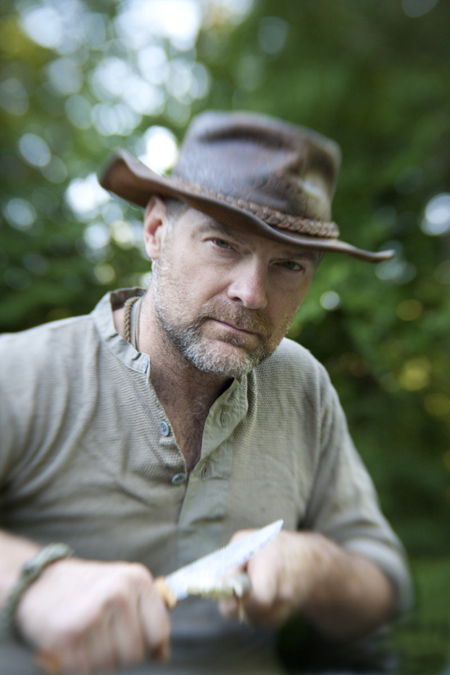 Les Stroud is actively involved with various charities and foundations too. He is a proud member of the Explorers Club. Les Stroud has also received a Fellow (highest rank) from the Royal Canadian Geographic Society.

Les Stroud contributes to a dozen of charities and benefits. Les is an ambassador of ShelterBox and also is a Board of Advisor for Sea Shepherd Conservation Organisation. Les Stroud is also an advanced survival trainer for the Canadian Military Armed Forces.

Les Stroud and Sue Jamison got married in 1994. Les and Susan Jamison have two children, Raylan Stroud and Logan Stroud, together. Sue and Les met working as a guide for Black Feather Wilderness Adventures.

Wilderness-loving couple transformed their one-year honeymoon into a primitive extensive survival experience in the wild of Northern Canada. Later their filmed experience turn into the documentary Snowshoes and Solitude and won various Best Documentary and Best Film awards. 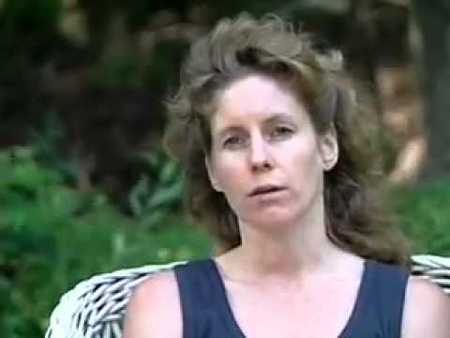 Screenshotted scene of Sue Jamison in Snowshoes and Solitude.
Source: YouTube
During their stay in Northern Canada, Les Stroud faced major emergencies. His father died while he was in the wild with his wife. Later, the couple got infected with giardiasis and had to be rushed to the hospital. Also, his then-wife Sue had a miscarriage.

In 2008, Les and Sue got separated. The reason behind the decision is still unknown. But it is rumored that Les’s continuous dedication to the wild and less responsible towards his family could have been the reason.

Les Stroud faced different accidents in his journey to the wild. One major accident he had is on July 10, 2015. He nearly died in a car crash in Mongolia. He was traveling in a Toyota Land Cruiser with other crew members when suddenly the vehicle skidded and rolled. 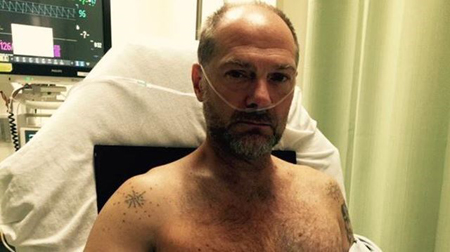 Les Stroud was diagnosed after a car accident in 2015.
Source:Muskokaregion.com

Les Stroud is diagnosed multiple times with broken ribs and dislocated shoulders. He also got torn chest muscles and punctured a lung. Les Stroud suffered a tragedy when his son Logan was diagnosed and hospitalized with Leukemia. 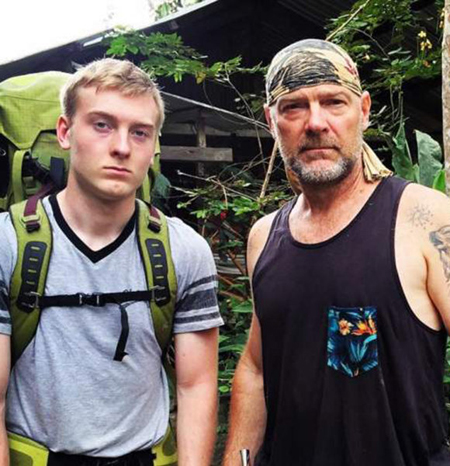 Les and Logan are ready for Survivorman and Son in 2015.
Later in 2015, the father-son bond got into a strong adventure through the show Survivor and Son. Les Stroud is also a multi-talented personality having various life surviving skills. He also has appeared in a number of other shows than his own.

Les Stroud has made multiple television appearances including The Late Late Show with Craig Ferguson, The View, The Ellen DeGeneres Show and Larry King Live. Not to mention, in December 2021, it was revealed that Scouts Canada also honored Stroud by appointing him as the new Chief Scout and ambassador of the organization.

And, Les who has lived in Huntsville for nearly two decades while he traveled across the country and the world expressed Muskoka as his favorite place in the entire world. And, aside from his sons, he also has a new favorite thing, his beloved dog.