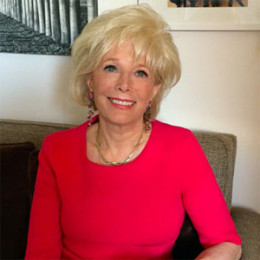 Lesley Stahl is an American Television journalist, anchor, correspondent and a writer. She has worked with CBS News Channel all her life and reported for CBS on 60 minutes. Stahl rose to fame after reporting the Watergate scandal which was a major political scandal that happened in the United States in the early 1970s. She was also a white house correspondent during the presidential rule of 'Jimmy Carter', 'Ronald Regan' and 'George H. W Bush'. For her prominent work, she received a Doctorate of Humane Letters from Colgate University and another from Loyola College in Maryland in 2008.

Lesley Stahl was born Lesley Rene Stahl to parents Dorothy J. Tishler and Louis E. Stahl on December 16, 1941, in Lynn, Massachusetts, US. Her dad Louis was a food company executive and owned a leather finishing company named Stahl Finish which was sold to Beatrice Foods later on. 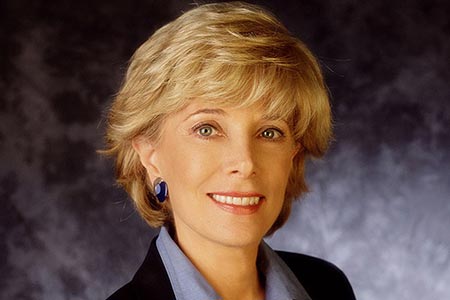 They were regarded as a rich Jewish family as her parental and maternal grandparents were Polish Jewish and Russian Jewish immigrants respectively. She was raised in a town called Swampscott in the Essex County, Massachusetts with her brother. Stahl attended Wheaton College from where she graduated with a degree in History in 1963.

Lesley Stahl is professionally a Television journalist who works with the CBS News since 1972. At first, she worked as a producer and on-air reporter at Boston's original Channel 5, WHDH-TV.

She came to limelight when she covered a news on the Watergate scandal which was a major political scandal that happened in the United States in the early 1970s. She was assigned to cover the incident when the men who broke into the Watergate complex building got arrested.

Further on, she became a white house correspondent during the presidential rule of Jimmy Carter, Ronald Regan and George H. W Bush. She was a moderator for the political interview broadcast called Face the Nation from 1983 to 1991 and in between she also anchored a show called America Tonight for a year.

Stahl hosted the 48 Hours documentary television show from 2002 to 2004. She was cast in the NBC sitcom Frasier playing herself in an episode. 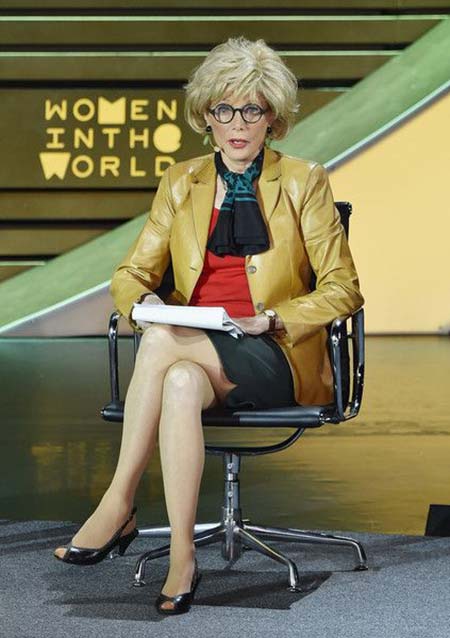 Lesley Stahl giving a speech on Woman In The Word platform.
Source: Pinterest

Stahl has written two books namely Reporting Live which was published in 1999 and Becoming Grandma which got published in 2016. Her 2016 book shares her experience with her grandchildren and the process of grandparenting.

She was cast in some movies and TV series namely Eagle Eye, Madagascar: Escape 2 Africa and 6O Minutes.

For her prominent work, she received a Doctorate of Humane Letters from Colgate University and another from Loyola College in Maryland in 2008. She along with Liz Smith, Joni Evans, Whoopi Goldberg, and Mary Wells Lawrence founded a website named wowOwow in 2008.

The intention behind this website was to make a platform for the women over 40 to talk about gossips, politics, and culture. Purewow is the official name of the website now after being merged in 2010 which changed into a website for younger women.

Stahl became a member of the Council on Foreign Relations and works as a Board of Selectors of Jefferson Awards for Public Service.

Lesley Stahl has a net worth of $40 million which she earned from her career as a Television journalist, Correspondent, moderator, anchor and a writer.

She earned a salary of $1.8 million for 60 minutes in 2007. Her husband Aaron Latham is a screenwriter and director who earns a lot of income through his career. They have a house in New York.

Stahl previously married to biologist Jeffrey Gordon in 1964 but divorced very early after 3 years in 1967. After the split, she got married to writer & director Aaron Latham on February 17, 1977, and have a child together named Taylor Stahl.

The couple first met on 1973 when Aaron was working in the Watergate case and was told to meet up with Stahl for the details related to the case. Eventually, they planned on meeting face to face to talk about the news and even went to dinner. The rest is history.

Their daughter Taylor is a vice president of Double Feature Films production and is married to Andrew Major since 2007. They have a daughter named Jordan who was born on January 30, 2011.

Lesley Stahl got married to Jeffrey Gordon in the year 1964 but divorced very early only 3 years later in 1967.

Lesley Stahl got married to Aaron Latham on February 17, 1977, in a private ceremony. They have a child named Taylor Stahl.