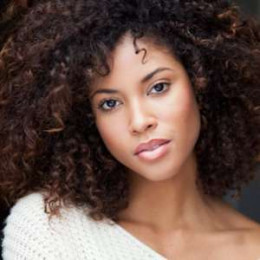 Lex Scott Davis is an actress.She began her carrer from three years old. Davis attended Drexel University to learn Dance and Physical Therapy .She acts in many film and television.She debut from the movie named Unbreak My Heart,it a life time movie.Lex is busy in the shooting of the television series named Training Day .She is the daughter of Wayne and mother is Felicia. Lex is the niece of Rico Love,he is a famous singer-songwriter.