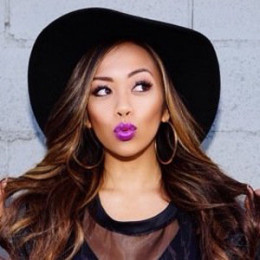 Versatile talent who can sing, dance, write, model, act, and Musical Artist, Liane V is currently in relationship with Don Benjamin since 2015. Her parents owned a nurse registry and ran a DJ company on the side. Liane V was an athlete in school, competing in gymnastics, cheerleading, and basketball. After promoting herself online through YouTube and social media, Liane V was signed by the production company Brand X.

Liane V appeared in music videos for artists including Tyga and The Far East Movement. She also previously dated actor and Vine star King Bach in 2014 but the couple did not continue their relationship and they separated in 2015. After break up with that relationship, Liane V began dating model Don Benjamin in 2015. The couple seems to be very happy with each other so there is no chance of separation.