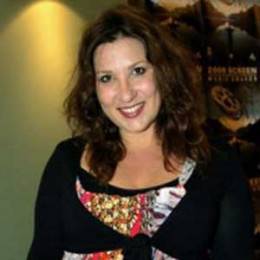 An Australian broadcaster on TV and radio, Libbi Gorr is also an author plus voice artist and performer too. She is best known for her television character, Elle McFeast. She was officially engaged in media job after joining Sportsgirl fashion chain by giving her voice. Audiences really appreciate her acting in series and movies- Mr. Accident, Live & Sweaty, and ABBA: Bang a Boomerang and so on others.

Born on 24th March 1965 as Lisbeth Joanne Gorr in Melbourne, she is the citizen of Australia and belongs to white ethnicity.

Gorr graduated from Methodist Ladies' College. She earned her degree in arts and law from the University of Melbourne, and it is where she started working in comedy.

After the graduation, Libbi became an articled clerk with the Melbourne law firm Philips Fox. She was also seen performing with The Hot Bagels, all-women cabaret group.

Libbi first came to fame from her character ''Elle McFeast'' created by herself. Besides she also hosted various TV shows including- The Catch-up which directed by David Summons and Marco Sniekers, The View by Ashley S. Gorman, Network Ten owned by Ten Network Holdings. Gorr also appeared in an award-winning television show Live and Sweaty by Andrew Denton.

Apart from TV she also started hosting in radio from 2012 after joining ABC Radio Melbourne. Libbi appeared as a columnist to Selector magazine, a specialized magazine for food and wine. She also built her career in writing field as she wrote two books for Harper Collins- The Bedtime Poem For Edible Children, illustrated by Bradley Trevor Greive (2012) and The A-Z of Mummy Manners: An Etiquette for Managing Other Children's Mothers and Assorted Mummy Dilemmas (2011)

Recently she is seen working as a reporter on the ABC flagship.

Libbi Gorr is married to the producer plus director, Stewart Burchmore. Her husband is an experienced director and producer of television and film.

The couple is blessed with two children, Che and Dali Blossom Odette with her loving husband. Libbi also has two step children Chloe and Ella from her husband's previous marriage.

Gorr has managed very well to keep her her professional and private life separate. However, there are no rumors about the couple having conflicts or getting a divorce. So it can be assumed that they are living a happily married life.

Her contribution in the different field might have helped her to earn a good salary. She has not revealed the actual figures to the media. Currently, Gorr along with her husband sold their North Bondi house for $3.2 million.

Libbi Gorr is married to producer plus the director of different TV series and movies, Stewart Burchmore. The couple has two children, Che and Dali Blossom Odette. Gorr is also a mother of her two step-children named, Chloe and Ella from her husband's ex-wife.

Che is the first baby child of Libbi Gorr and Stewart Burchmore, born on 2006 and has a younger sister too.

Among the two children of Libbi Gorr and Stewart Burchmore, Dali Blossom Odette is the youngest child, born on 1st March 2010.