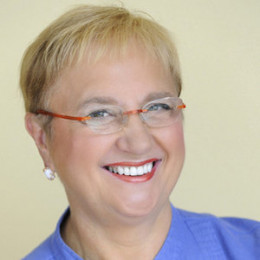 Lidia Bastianich is one of the best-loved chefs on television, a best - selling cookbook author, restaurateur, and owner of a flourishing food and entertainment business. Lidia is the chef/ owner of four acclaimed New York City resturants. She is also founder and president of Tavola Productions, an entertainment company that produces high-quality productions include Lidia’s Italy. Bastianich immigranted in US at the age of 12, eventually get married to he husband and opened her restaurants.

At the age of 19, she was already to Felics Bastianich who was a fellow Istria- Itlaian immigrant and restaurant worker. Lidia met her husband on her sixteen birthday. This couple married in 1966 and has two children, Joseph and Tanya. After their marriage, this couple started their restaurant business. But this couple got divorced after 31 years of marriage. The reason of divorce is not clear but it is assumed that the couple to divorce because of their difference in idea about business expansion. After divorce Lidia went back to Queens and started living with her mother and presently is living with her. Since then, she has focused on expanding her business.