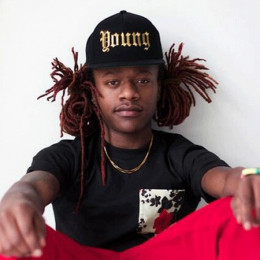 A hip hop and rap artist who is one of the youngest rapper signed to to Lil Wayne’s Young Money Label. He was just 9 years old when he was discovered rapping at a video-shoot contest and was instantly signed to Lil Wayne's Young Money label. He got his stage name form the Child's Play films. He has released mixtape named LeBron of My Time. He has already collaborated with popular artist such as Nelly, T.I., Yung Joc, and Juvenile.

There is rumor going on that he has joined a new label leaving Lil Wayne's Young Money Label. He was all over headlines after his lawyers filed molestation case against Birdman. Talking about his personal life, he has not married yet. Currently he is dating a hot model. She is popular as a member of the hot and sexy tweaking dance group the Twerk team. Beside her there is no report of him dating other girls. Though he filed sexual molestation again Birdman, he is not a gay.