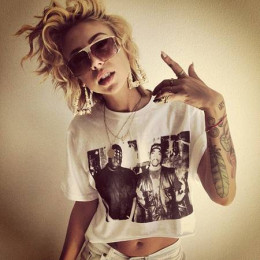 Exploring her personal life she has not married yet and till now she has not disclosed any information regarding her private life. There has been no rumor or gossip regarding her relationship with anyone. It seems like she is a kind of person who doesn't like to share her private life in media. She is the frequent user of twitter and her fan can follow her in @L1LDebbie to be more updated about her.