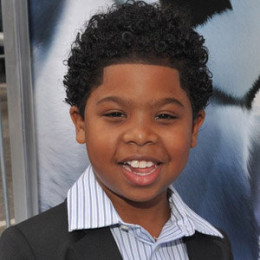 Benjamin Flores, Jr better known as Lil�P-Nut, is an American child actor, from Memphis. He is also known for his rap, �You Might Be the One� and his role as the voice of Atticus the rapping penguin in Happy Feet. He starred in the Nickelodeon TV series The Hunted Hathaway where he played the lead role of Louie Prestonbetter. Winner of Imagen Foundation Awards for Best Young Actor/Television, Lil was born as lovely child of Benhamin Flores, St, and Tyisha Hampton.

Benjamin is just a 14 year old boy living his life fully. There is no conformation about his relationship status or about his girlfriend. He is popular and active in social media having more than nine thousand twitter follower. Since he is just a boy with no girlfriend it is not possible for him to be married at this age nor does he has any children. Benjamin seems to be enjoying the stardom right now and concentrating on his career than his relationship status.