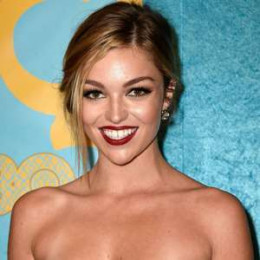 An American actress and model, Lili Simmons is in a relationship with Tom Pelphrey, he is an actor. She began her modeling career as a Ford Model. She is famous for the Cinemax series named Banshee in a role of Rebecca Bowman. She began her acting career in 2010, in a recurring role in different television series including Hollywood Is Like High School with Money (2010), Banshee (2013), and Hawaii Five-0 .