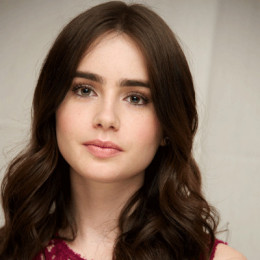 Lily Jane Collins is an American as well as English model and actress. She is known for her role in City of Bones, The Blind Side, Mirror Mirror, Abduction etc. Her father Phil Collins is an English musician and her mother Jill Tavelman is a former three-term president of the Beverly Hills Women’s Club. She had completed her graduation from Harvard-Westlake School. She had also studied broadcast journalism from University of Southern.

She had started acting when she was at the age of two in BBC series named Growing Pains. She enjoys travelling. She loves old antiques and anything vintage also collects them. She has hosted many television shows and also been involved in acting and also modeling. She had also been ranked in Peopls Magazine’s 201 World’s Most Beautiful Women. She had won Pandora breakthrough Artist Award at Glamour’s Women of The Year awards 2012.