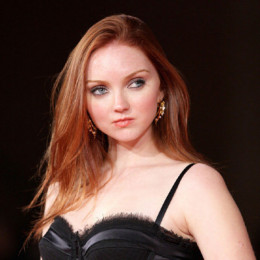 She is an English model and an actress who started her career in her early teenage and gained the fame in her early age. She was born to an artist and a writer mother ,Patience Owen, and her father was a boat builder and fisherman, Chris Cole. She has two sister siblings. She went to Hallfield Primary School and the St Marylebone Church School for Girls. She has been the Model of the Year and also the top models for the year 2000.

She is not married till date and has no child. In the past, she was in a relationship and was also rumored and reported to be in a relationship with Jude Law but is not confirmed one. She has not revealed much about her to the public and has maintained privacy on her personal life. There are no rumors available on her at present. She loves her privacy and asks her fans to respect it. She is searching for her mister right at the moment.

Lily Cole has been in a relationship with Businessperson, Kwame Ferreira since 2015, and blessed with a child, Wylde Cole Ferreira born in 2013.

Lily Cole was born on 27th December 1987 in Torbay, United Kingdom, under the birth sign Capricorn. She was discovered by a modeling scout when she was 14 years old.