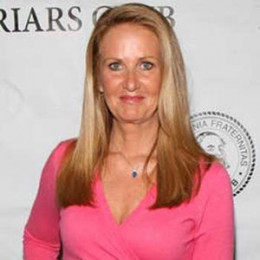 She is the weather anchor for WPIX CW11, a morning news based in New York City, since 2000. She is widely recognized for her phenomena coverage on some prominent natural calamities and till now has won awards like National Academy of Television Arts & Sciences (Emmy Awards) and Best Morning News Show (WB11 Morning News) - 2000, 2004. She graduated in Environment Science from the University of Florida and after graduation she obtained her Master’s degree in Meteorology from University of New Haven.

Currently, she is single as she got divorce from her husband. Detailed information about her marital relation has been kept out of media's range but it has been reported that her ex-husband is a journalist of WABC. She has raised two children: a son and a daughter with her ex-husband. Till now there is no record of her relationship history as she has managed to keep it away from the media.

He is the first husband of Church, who is a journalist of WABC. Detailed information about their marriage has been kept out of media. They have raised a son and a daughter from their relationship.

She is the first child of Church who is very obedient and well mannered.

He is the only son of Church and is the youngest member in family.