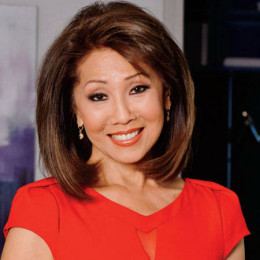 Linda Yu is a Chinese-born American former news anchor and author who is also best known as the co-anchor on the "Eyewitness" newscast for WLS-TV in Chicago.

Linda Yu was born on December 1, 1946, in Xian, China. At the age of 3, she moved to Hongkong with her family, and after two years, she and her family migrated to the United States.

After arriving in America, her parents moved to various places in Pennsylvania and Indiana. Finally, they found a suitable place to live in California when she was 12.

The retired journalist graduated from the University of Southern California in 1968 with a Bachelor of Arts degree in Journalism.

Linda Yu started her career in broadcasting in 1970. She served as the writer and producer for KTLA-TV in Los Angeles. Later, she worked as a writer for ABC O & O KABC-TV. She moved to Portland, Oregon, in 1975 and had a brief stint as a reporter for KATU-TV. 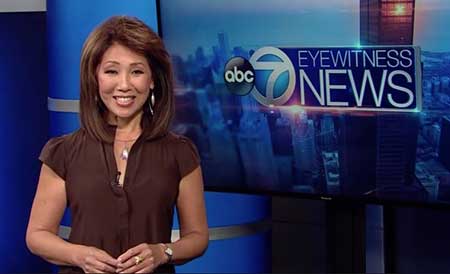 In 1979, Yu joined NBC's WMAQ-TV, where she started her career as a general assignment reporter and weekend co-anchor. She received Emmy's award for a special newscast on March 30, 1981, and earned her second Emmy for her coverage of a construction accident in Chicago's downtown Loop. She is one of the first women in the Chicago market to co-anchor a newscast.

Yu announced her retirement in September 2016 from WLS-TV and TV news after serving 46 years and 37 years in the Chicago market. Her last news broadcast was on November 23 at 4 PM. 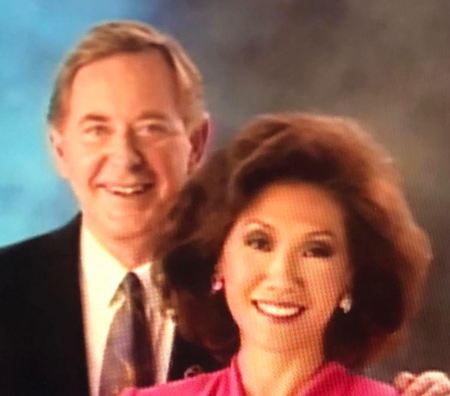 Yu became the first Asian-American broadcast journalist, who began her career at Chicago-based WMAQ-TV in 1979. She has received a total of five local Emmy Awards, including one for a report examining the aftermath of 9/11 in 2001.

Yu has been honored with a National Gold Medal for the National Conference of Community and Justice for her documentary, The Scares of Belfast. Yu began her career in broadcasting in 1970 and became a writer and producer for KTLA-TV in Los Angeles. Yi and Perez were the first women in Chicago to co-anchor a newscast.

Yu announced her retirement from WLS-TV and ITV news after 46 years and 37 years, respectively. After leaving the company, she briefly worked as a host and producer of the Chicago Sun-Times show Food We Love With Linda Yu.

In October 2022, her former co-anchor WLS-TV co-anchor Joel Daly, with whom she worked for 21 years, sadly passed away at the age of 86. Linda dedicated a post to commemorate her friend on her Instagram.

Linda Yu's Net Worth And Salary

Linda Yu toiled in the journalism field for forty-six years and, as a result, has an estimated net worth of $2 million. She is one of the well-known faces on television and was the face of Chicago news for four decades.

Typically, the average salary of a news anchor is around $40,000 -$100,000 a year. However, for someone as experienced and qualified as Yu, she had to have made much more. Even though she is no longer working, she should have good savings from her years of hard work.

Linda Yu tied the knot to her former husband, Dr. Richard Baer, a psychiatrist, on June 12, 1982, at St. James Cathedral in Chicago. Shortly after their wedding, the couple was involved in a car accident while on their honeymoon in southern France.

See the clip of Linda Yu as she talked about her storied career and lasting influence on journalism.

The couple had two children, a son Ricky Baer (born in August 1985), and a daughter, Francesca Ling Baer, an actress (born in February 1988). However, the couple failed to handle their married life and divorced in 1996. In January, Yu had an accident and broke her leg.

After Mr. Baer, Yu entirely focused on raising her children and her children remained her priority, and she stayed single for many years.

After the marriage dissolved, Linda Yu stayed single for many years, but it seems she finally found her love in Stuart Ellison. Not much is learned about her spouse, and it is also a mystery when and where they married.

The duo is living happily in Los Angeles, California, along with their kids and grandkids. She is also stepmother to her spouse's child Adam Ellison. She shares her private life with her followers through her Instagram account.

Former journalist Linda Yu was married for the first time to Richard Baer. She married Richard in 1982 and parted ways in 1996.

Former WLS-TV anchor Linda Yu is married to Stuart Ellison. She and her husband are living happily at their home in Los Angeles.

Ricky Baer is the first child of Linda Yu and her former spouse, Richard Baer. He was born in August 1985.

Francesca Ling Baer is the second kid of Linda Yu and her former husband, Richard Baer. She was born in February 1988.