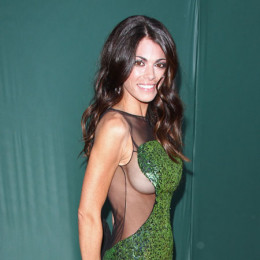 Lindsay Nicole Hartley is an actress and singer, noted for playing on Days of Our Lives as Arianna Hernandez, on Passions as Theresa Lopez-Fitzgerald Crane Winthrop and on All My Children as Cara Castillo. By the age of 11, she started singing and since then has won several vocal competitions such as America's Showcase Starlet, The L.A. Philharmonic's Award Vocal Opera and The National Date Festival. She is of Jewish, Greek, and Italian origin.

Accounting her personal life, she once was a married woman but currently is single as she has now separated form her husband. She was married to her husband for almost eight years and during that time the couple had raised a beautiful daughter. After her divorce she hasn't been in a relationship, as she is much more focused on being a good mother.

He is the first husband of Lindsay, who by profession is an actor. The two were together for almost 8 years.

She is the only child of Lindsay, whom she gave birth at the age of 26.