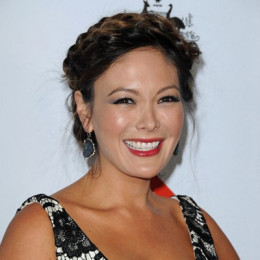 Lindsay Jaylyn Price is an American television singer as well as an actress.she is known for her role on Beverly Hills, Lipstic Jungle and 20210. She is also known for her work on soap opera named The Bold and the Beautiful and All My Children. Her parents are Haeja Diane Price and Willian Price. She had attended Art Centre College of Design.

Lindsay Price was born was Lindsay Jaylyn Price on December 6, 1976, to William Price and Haeja Diana Price. She is born and raised in California along with her two siblings.

She belongs to the mixed ethnicity of Germany, Irish and Korean whereas her nationality is American.

From her early days, she was encouraged to pursue her career in entertainment fraternity, as a result, she joined the 'Art Center College of Design' in Pasadena, California.

She first appeared on television at the age of 6 so we can say she started her career as a child artist.

At first, she used to do television commercials but later she got a chance to worked in series as a child artist. She had begun her career at her very early age. She had started acting since the year 1980.

In 1998, her career takes a turn as she joined the cast of Beverly Hills, 90210 where she portrayed the role of Janet Sosna. She is a part of the show through its finale in May 2000, appearing in a total of 73 episodes.

She always gets succeed to impress her audience with her breakthrough performance like in; Becker, Pepper Dennis, Lipstick Jungle and much more.

Even she guest-starred in an episode of How I Met Your Mother. Besides, acting she was equally talented in singing too. In 2007, she released her album named Someone Like Me.

She had been cast in Beverly Hills, 90210 in 1998. She also had a recurring role in Becker. She had co-starred on The WB show named Pepper Dennis in 2006. She had also guest starred in NCIS. She had starred in NBC drama named Lipstick Jungle from 2008-09.

Lindsay Price is a married woman, she exchanged vows with Australian chef Curtis Stone on June 8, 2013.  The duo wedding took place in Spain where many popular faces attend their special day.

Reportedly, the duo was together since 2009 and got engaged in July 2012. The couple was blessed with wonderful sons Hudson (born on July 2012) and Emerson Spencer Stone (born on September 2014).

Primarily, marrying to Curtis, she was once get married to Shawn Piller, co-developer of the television show The Dead Zone, in July 2004.

However, the couple couldn't handle their relationship and had divorced in 2007. She hasn't any child from her previous marriage.

Just like her amazing career, she has an amazing amount of net worth around 2 million dollars. Despite that, she has many branded cars and properties.

Her first husband was a producer, director and also a writer. Due to some problems, the couple had divorced in 2007.

Her second husband is a chef as well as a television personality. She has two children with him and the couple is living a blissful life along with their sons.

Hudson stone is the first child of Lindsay prince and Curtis Stone. He was born on July 2012 before his parent's official wedding.

Emerson Spencer Stone is the second son of his parents who was born on September 2014.