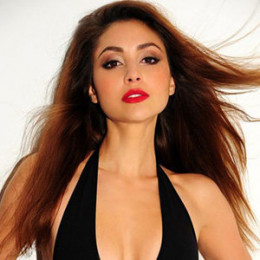 An American actress, Lindsey Morgan is currently single. She is the daughter of Alice Burciaga and George Morgan. Lindsey Morgan is of Irish and Mexican descent and grew up in Houston with parents. Morgan began her career in college at the University of Texas at Austin. Early in her career, she acted in a comedic horror film called "Detention". She appeared in two 2013 episodes of "The Flip Side".

Morgan appeared a lead role in the independent thriller Lasso, alongside Andrew Jacobs, Sean Patrick, Flanery and Karen Grassle. Lindsey Morgan is most famous for playing Kristina Davis on the ABC soap opera "General Hospital". She was nominated for a Daytime Emmy Award for Outstanding Younger Actress in a Drama Series for her role on General Hospital in 2013, this Daytime Emmy-nominated actress also appeared on The CW's post-apocalyptic series "The 100". Her relationship status is still unknown .