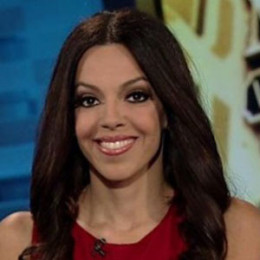 Lisa Daftari is an Iranian American Journalist and commentator who is currently working for Fox News political channel. Her work mainly focuses on foreign affairs with a center on the Middle East and Counter-terrorism. She also featured on CBS, PBS, NBC, ABC, Voice of America and the Washington Post. She also works as a founder and Editor-in-Chief of The Foreign Desk, an international news and U.S foreign policy news website in different language including Spanish, English, and Persian.

Lisa Daftari was born and raised in the city of New Jersey, United States. She is the daughter of Iranian immigration father Sean and mother Simin Daftari. Her father is a physician and college professor whereas, her mother had a background in accounting and languages.

She attended a Jewish high school and completed her degree in B.A. in Spanish, Middle Eastern studies and vocal performance. She also received a master degree in broadcast journalism at the Annenberg School of Journalism at the University of South California.

During her master degree, she received a President Merit Scholarship and utilize that grants delivering the exclusive story of four Iranian brothers detained in federal prison which she presented on Public Broadcasting Service/system (PBC) for a 9/10 anniversary show.

Lisa is one of the successful investigative journalist, who started her career when she was in graduate school in 2006. She made a documentary film about an underground Iranian political group named Marze Por Gohar to Congress.

In the documentary film, she worked as an associate producer in the investigation unit at NBC at Los Angeles. She helped to break the message about the 2005 Los Angeles bomb plot and the name of bomber Jamiyyat Ul-Islam Is-Saheeh, an Islamist prison gang.

In 2007, she left NBC and worked as a researcher for several think tanks focusing on the Middle East and counter-terrorism. At the end of the year, she delivered a 100-page report about Iranian youth movements to the Pentagon, the headquarters of the United States Department of Defense.

Later in 2009, she joined Fox News Channel and worked on development in the Middle East and Iran. She also launched The Foreign Desk, a website dedicated to reporting stories from around the world focusing on human rights, global security, and U.S foreign policy.

Currently, she is working as an on-air Fox News political analyst and regularly appears on TV and radio providing exclusive reporting on vital development in the region.

Lisa is one of the beautiful journalists who is quite secretive about her love life. Though she hasn't revealed about her past boyfriend, definitely, she might have dated someone.

She is active Instagram user and keeps her fans up to date. Currently, she is single and focusing on her career.

Lisa is one of the successful TV journalists who gained name and fame from her career in reporting. She has worked for big networks like Fox News Channel and NBC. She must surely draw a salary in millions with a net worth in seven figures.