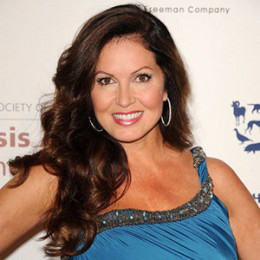 Born in Chicago, Illinois, Lisa Guerrero is a dynamic personality. She has worked as an American investigative journalist, actress, TV host and model as well. Lisa was born to her parents Walter Coles and Lucy Guerrero, who was of Chilean origin. Her childhood got disturbed and painful after her mother died of cancer when she was eight. Lisa Guerrero began her career as a cheerleader working for Los Angeles Rams. Later, she worked in the shows such as Sunset Beach, Frasier, The George Lopez Show and In the Heat of the Night.Lisa also got a chance to become a sports anchor on Los Angeles' KCBS-TV in 1997 and later she worked in KTTV as well.

Lisa is also a famous model with Brunette hair and brown eyes. She even gave a picture for celebrity cover of Playboy in 2006. Currently, Lisa is the Chief Investigative Correspondent for Inside Edition where she started working since 2006.

She won National Headliner Award for Best Investigative Report in 2011 and has won Prism Award as well. Lisa is married and lives with her husband in Southern California. They do not have any children but have kept two dogs as pets.

Lisa has been married to Scott since 2004 who is a former pitcher for Baltimore Orioles and Minnesota Twins. They live together in Southern California and do not have any children.