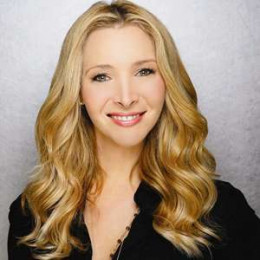 Lisa Kudrow, an American actress, voice actress, writer, comedian, and producer, is currently married to Michael Stern, an American business executive since 1995. She was born to a travel agent, Nedra S. and a physician, Dr.Lee N.Kudrow. Lisa grew up in a middle-class Jewish family. She gained a degree in biology from Vassar College in Poughkeepsie, New York and worked as a medical researcher before pursuing an acting career.

Lisa Kudrow got her biggest break after she was cast as Phoebe Buffay, the lovable folk-singing massage therapist, on the sitcom Friends. She got married to a French advertising executive, Michel Stern on May 27,1995. The couple has been blessed with one child, Julian Murray Stern. There isn’t any controversy or rumor that surround her so far. As of now, there are no signs of the separation of the couple.

Lisa Kudrow got married to a French advertising executive, Michel Stern on May 27,1995. They have one child.

The couple has been blessed with one child, Julian Murray Stern, who was born on May 7, 1998.