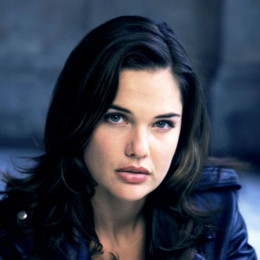 Elizabeth Lackey aka "Lisa Lackey", is an talented actress, known for portraying Janice Parkman on the NBC television series Heroes, as Roxanne on Home and Away and as Cindy Thomas in The Pretender. She is also known for her roles in movies such as Kicking and Screaming and Love Happens. She began her acting career with Australian fantasy series Spellbinder, where her role was of a babysitter named Gina.

The gorgeous Lisa is no more single as she is now married to her long time dated boyfriend. She has been enjoying her marital relationship with her boyfriend turned husband since 2006 and together they have raised a child whose details are unknown. There is not much information available about her personal life and has managed to keep it low profile. She hasn't been a part of any controversial issues yet.

He is the one and only husband of beautiful Lisa. The two were married in a beach service at Byron Bay in Australia. They have raised a children together.