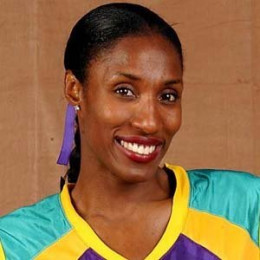 An American former professional women's basketball player Lisa Leslie is currently married to Michael Lockwood since 2006. She was born to mother Christine Lauren Leslie and Walter Leslie, a semi-professional basketball player. Leslie earned a Masters of Business Administration (MBA) degree from the University of Phoenix. Lisa played in the Women's National Basketball Association (WNBA). She is a three-time WNBA MVP and a four-time Olympic gold medal winner.

Lisa played basketball on an all-boys basketball team in middle school and also played on an all-girls team with the record 33-1. Leslie is also a fashion model and an aspiring actress. She has been featured in Vogue and Newsweek, as well as many sports publications. She is married to Michael Lockwood in 2006. She is the mother of two children a daughter, Lauren Jolie Lockwood, who was born June 15, 2007, and second a boy named, Michael Joseph Lockwood II, who was on April 6, 2010.

She is married to Michael Lockwood in 2006. The couple has been blessed with two children, a daughter, and son.

Lauren Jolie Lockwood, was born on June 15, 2007. She has one younger brother.

Michael Joseph Lockwood II, was on April 6, 2010. He has one elder sister.