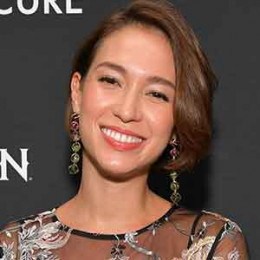 Taiwanese-Italian actress and host Liv Lo has appeared in the Television series "Point of Entry" portraying the role of Sophie Thomas. She is a multi-faceted personality and is involved in various fields. Lo has hosted shows on Fox Sports Asia, Star World Asia, Xing Kong and so on. She is a yoga instructor as well and shares her fitness videos on YouTube. Besides, she is also known to be the wife of Crazy Rich Asians famed British Malaysian actor Henry Golding.

Liv Lo was born on May 21, 1985, under the birth sign Gemini in Taichung, Taiwan. She has a mixed ethnicity of Taiwan and Italian from her mother and father's side respectively. Lo grew up with her sister Leeza Pazkowski and wanted to pursue a career in modeling & acting from an early age. 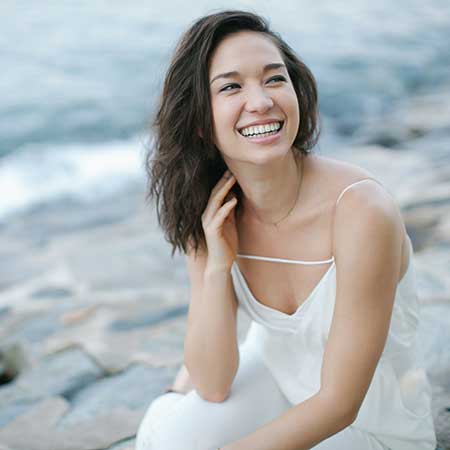 When she was a teenager she started modeling in her hometown. As for her education, she attended Temple University in Japan from where she graduated with a bachelor's degree in mass communications.

Liv Lo is professionally an actress, host and Television personality who has appeared in the Television series Point of Entry portraying the role of Sophie Thomas. In the series, she was joined by actors Ya Hui, Jaymee Ong, Darryl Yong, Jack Yang and so on. As a host, she has hosted shows on Fox Sports Asia, Star World Asia, Xing Kong and so on.

Sorry I missed Valentine’s Day babe. We’ll celebrate when I am in LA xx #mrandmrsgolding

She is the regular host for Fox Movies and has interviewed the cast of movies like Star Wars: The Last Jedi, Black Panther, Avengers: Infinity War, Skyscraper, Ant-Man & The Wasp and so on.

Besides, she is a triple-certified yoga instructor as well and shares her fitness videos on FitSphere which is a fitness programme website. There is a channel on YouTube under the same FitSphere and we can find many of Liv Lo's fitness videos there.

Liv Lo's net worth is not estimated and is still under review. Her main source of earning is from her career as an actress and a host. The average salary of a host in the United States is $24.4k annually and they get paid $10.42 an hour.

Liv Lo is a married woman who tied the knot to actor Henry Golding in 2016. They first met on January 1, 2011, in Singapore when they both attended a mutual friend's birthday party and the cute part is it was love at first sight.

After dating for four years during their anniversary her husband Henry proposed to her while they were on a vacation in Phuket. The set up was perfect with a string quartet playing and champagne served on time but she only thought he was being romantic as it was their anniversary. 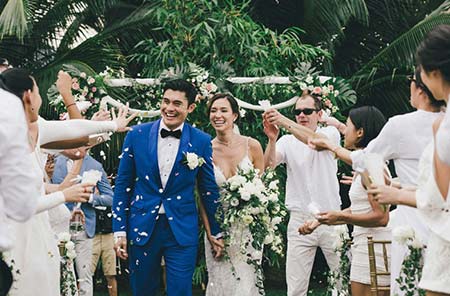 In the end, at the right hour, he proposed to her and it was just the magical thing ever.

The beautiful couple tied the knot in an Asian-style wedding in Cove 55 resort in Golding's hometown Sarawak, Malaysia. Lo was looking stunning in Galia Lahav design while her groom wore a blue tux and their reception was lit by fairy lights.

Christmas is all about spending time with those you love, so for Henry and I we spend quality time with each other, family & friends. That’s our gift Wishing each and every one of you a very Merry Christmas from #mrandmrsgolding

She has a pretty toned body and she manages to keep herself fit through yoga. Lo can speak fluent Mandarin, Japanese and English. She is active on Instagram and on the site she boasts around 149k followers.

Likewise, Lo and Golding are also parents to a daughter named Lyla Golding whom they welcomed in March 2021. Liv was more than happy to share the news of her pregnancy with the public in November 2020. 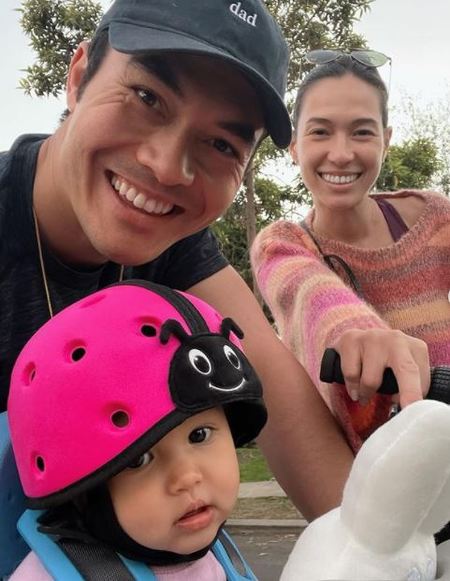 Since publicizing the news, the yoga expert actively shared her maternity journey with her Instagram followers. Not to mention, Liv and her actor husband are also enjoying the chapter of parenthood to the fullest.

Here is a video of charming Liv Lo doing yoga and answering questions at the same time.

She is happily married to actor Henry Golding since August 2016. They dated for four years before they exchanged their vows.

She is happily married to actor Henry Golding since August 2016. They dated for four years before they exchanged their vows.